Lock Down Your Life with Strong Passwords

The 21st century is a great time to be a criminal. Unlike outlaws of old – Billy the Kid, Bonnie and Clyde, Al Capone – today’s criminals can steal your name, all your money, your identity and your economic life without ever brandishing a knife or a gun. 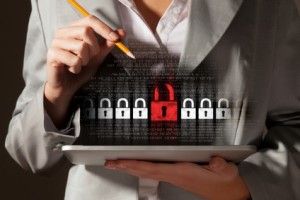 The Identity Theft Resource Center found over 16 million Americans were victims of identify theft in 2012, costing nearly $25 billion – four times more than losses from burglary and theft. The Internet Crime Complaint Center confirms that men and women are equally at risk, with the 20 to 59 age group filing nearly five of every six complaints (82 percent).

Your first line of defense is creating strong passwords and changing them frequently. Securing your bank and credit card info, protecting your SSN and locking down your medical accounts becomes even more critical following revelations by Harvard Professor Latanya Sweeney at DataPrivacyLab.org. She has demonstrated the ease of using only your date of birth, gender and ZIP code to cross-index and recover your name, phone, address and other personal information from a myriad of publicly available databases. Online crooks can’t be far behind.

Splashdata.com, a maker of password management apps, tabulated the 25 worst passwords people used in recent years. The #1 most popular worthless password is: “password.” The second worst: “123456.”

Strong passwords are typically eight or more characters long; contain both upper and lower case letters; one or more numbers; and, if the login service allows, one or more special characters. Thus, something like qZ4$h90qX# appears strong. However, it only scores a “Medium” rating at Microsoft’s Safety and Security Center.

Worse yet, no one wants to memorize meaningless, random passwords for dozens of sites.