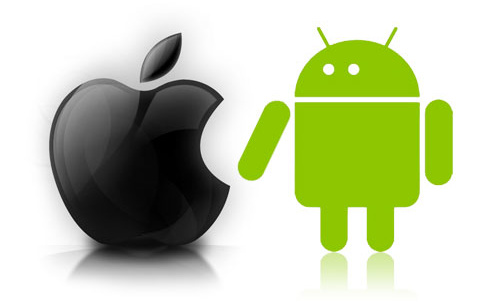 Every person looking to get a top of the line phone nowadays has to ask themselves the simple question of Iphone or an Android? Not many people understand the differences between the two but in this post we will cover each side of this argument to see who the real winner and what the best phone really is.

Good Aspects of the Iphone

The display – Apple has created what they call as a Retina Display screen which simply means that they claim they have cleaned the rough edges of the pixel and provided a higher screen resolution. I agree the Iphone 4 definitely the most amazing image resolution and quality. This gives a huge edge over the Android.

Facetime – The Iphone 4 now has the capability to make video calls between phone to phone as well as phone to mac. While Android only has a few phones that actually consist of two cameras and no Android phone has this capability pre-installed.

Applications – Despite the rapid growth of the Android Market Apple still surpasses it with more than double the amount of apps.

Updates – Apple by far has the easiest way to update your phone. In my experience the Iphone is just plug into USB and update while the Android takes time to actually find where the update phone area is. The Iphone also has far more updates than the Android fixing many of its bugs quickly.

Variety – Android phones come in a variety of shapes, sizes and color while the Iphone is one shape but luckily you do get the choice between black and white. Instead of sticking with the 3.5 in screen of the Iphone you have a choice between phones ranging from 3in to 4in which may not seem like a big difference but some people like the look of a smaller phone compared to the Iphone while others think size matters.

Memory Cards – Once your Iphone is filled there is no way for you to expand its memory unless you buy a brand new phone but the Android phones allow you to insert memory cards of any storage capacity to give you the maximum amount of storage.

Design Layout – Android phones allow you to layout which background you want as well as what apps you want shown and what widgets to use this is far better and far more user friendly as compared to the Iphone which allows you to only change the background.

HD Video – Many Android phones are capable of taking HD video but the amazing part is they also have a HDMI port which allows them to stream HD video straight to your television for crisp and clear view.

I personally have an Android device and an Ipod touch 4th gen. Overall i feel that the operating systems are very close in comparison, but the Androids ability to personalize gives it a slight advantage over its rival, Apple.